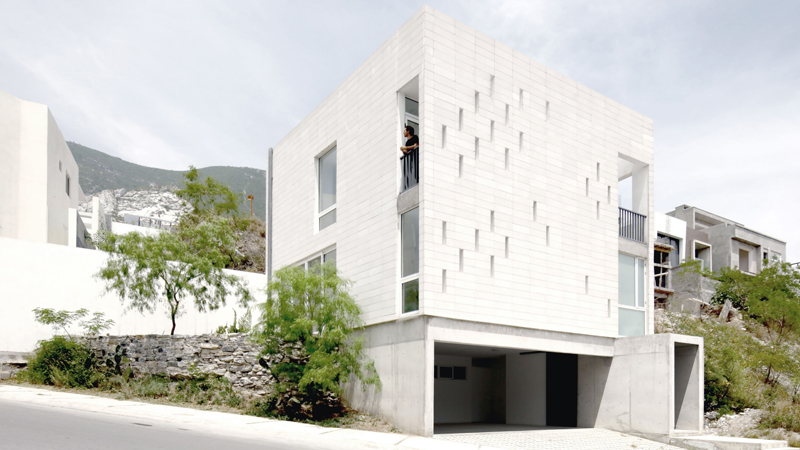 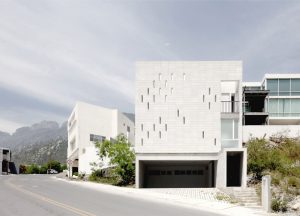 Casa CV is set upon an irregular piece of land, located within a private residential neighbourhood on the slopes of an imposive mountain eaten up by the quarries, near the west side of the city of Monterrey.

Given the complicated topography, its cubic form gets the most out of the terrain by cutting both narrow ends of its triangular shape, alocating one of them as the street level access, and the other one as a small garden on an upper level. 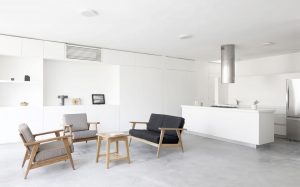 The cube is materially composed of a concrete base, which fits solidly into the hard stone of the mountain, supporting two levels of lighter appearance, covered by a grid of insulating block of a porous quality and texture. This envelope is opened up by means of a few spans, strategically placed to provide natural lighting and ventilation to the interior spaces, and by a series of rectangular perforations in the front façade, which create a kind of luminous play inside during the day, and outside at night. 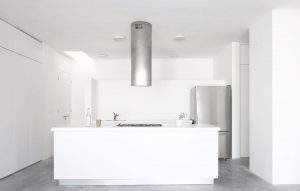 Spacially the house is distributed along three levels and a large terrace. Service and storage areas are located on the ground floor, along with a garage and a home studio. The main pedestrian access breaks with the cubic formation, creating a small gateway that provides refuge to visitors awaiting access to the house. An interior foyer articulates this access and a secondary one coming from the garage, giving way to a staircase leading up to the second floor.

The second level, an open plan, contains the social areas: kitchen, dinning and living rooms, the latter connected by large glass-doors to a small adjacent garden, with a single tree thought to give privacy and shade to this space, and the sufficient area to lengthen its recreational use to the outside. The stairway to the third level, which continues all the way to the roof, separates these spaces from the implacable southern sun, acting as a buffer zone that protects the interior from the strong heat that is felt during most of the year. 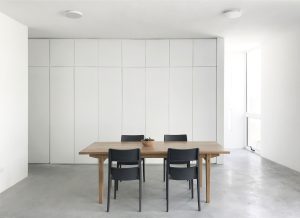 The main bedroom, and two secondary ones, are located on the third floor, bounded upfront by an interior corridor, parallel to the staircase, and at the back by a rectangular patio that brings in natural light. On both sides of the staircase, which comes from the social area and climbs to the roof, are two terraces, which allow the corridor to be ventilated crosswise, and if necessary, act in conjunction with the back terrace to ventilate the rooms. 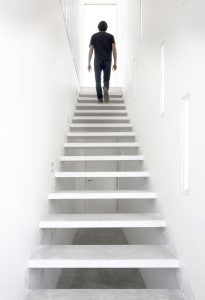 Finally, the staircase leads to the rooftop, designed as a large open terrace, thus extending the house’s usable space, somewhat limited by the land’s dimensions. Due to the elevated position of the neighbourhood, above the average level of the city, this place is gifted with privileged views of the valley and surrounding mountains that make up the metropolitan area. It is from here that it becomes evident that the particular conditions of the project are also the large-scale conditions of a city that intertwines its urban fabric with the majesty of nature and its mountains. 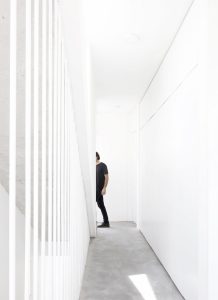 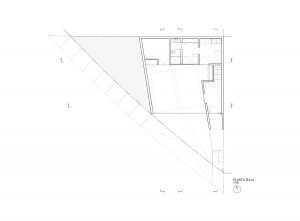 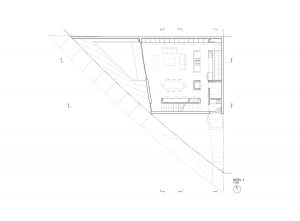 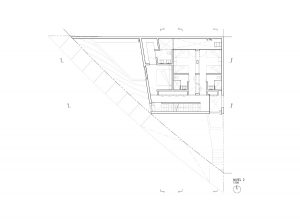 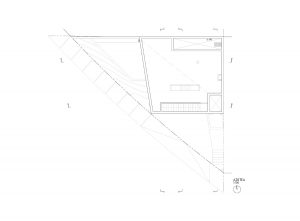 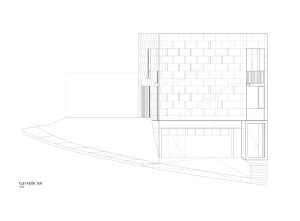 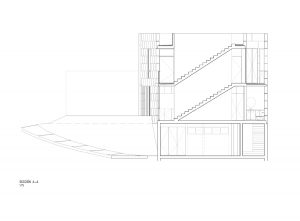 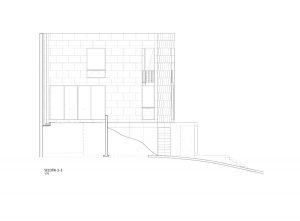 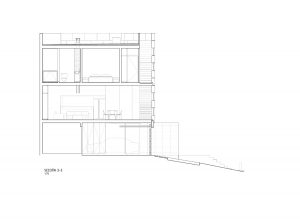 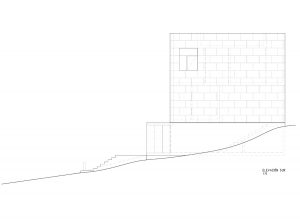 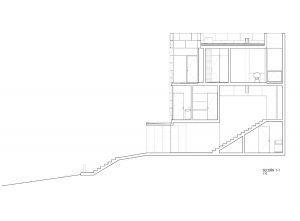 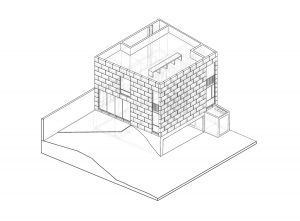 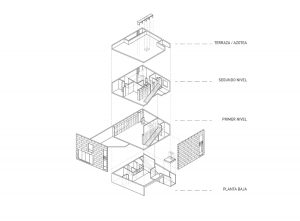